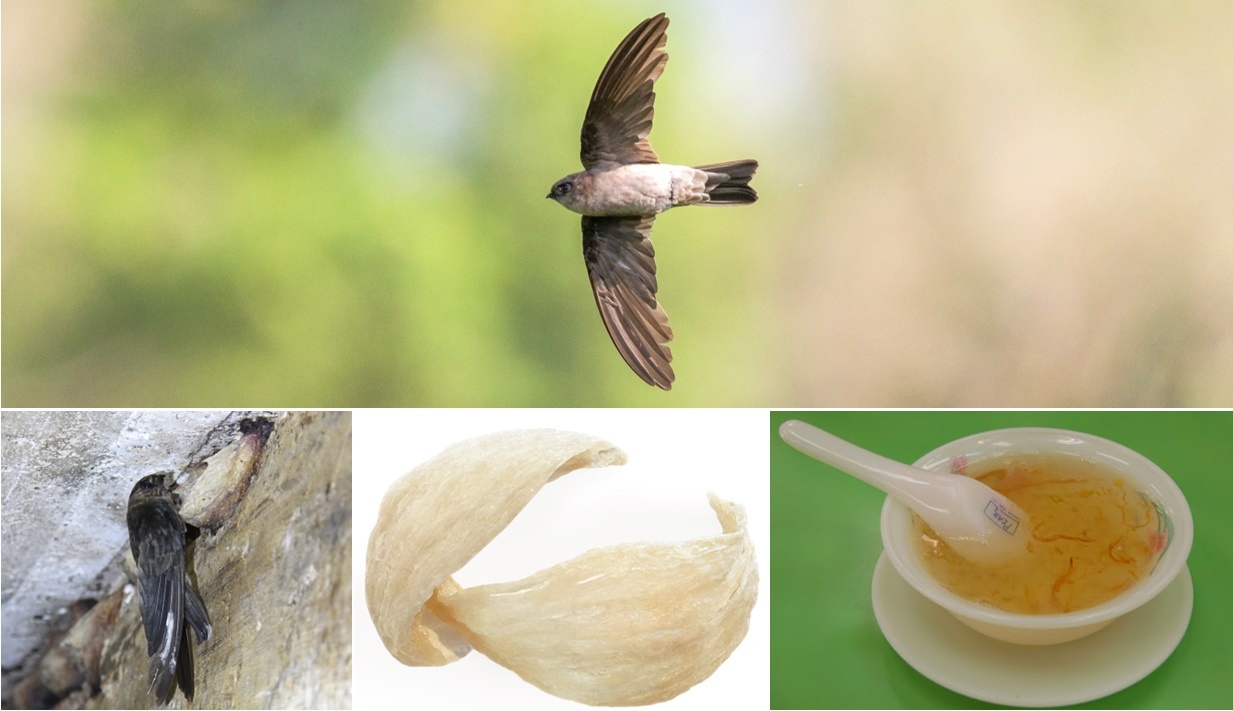 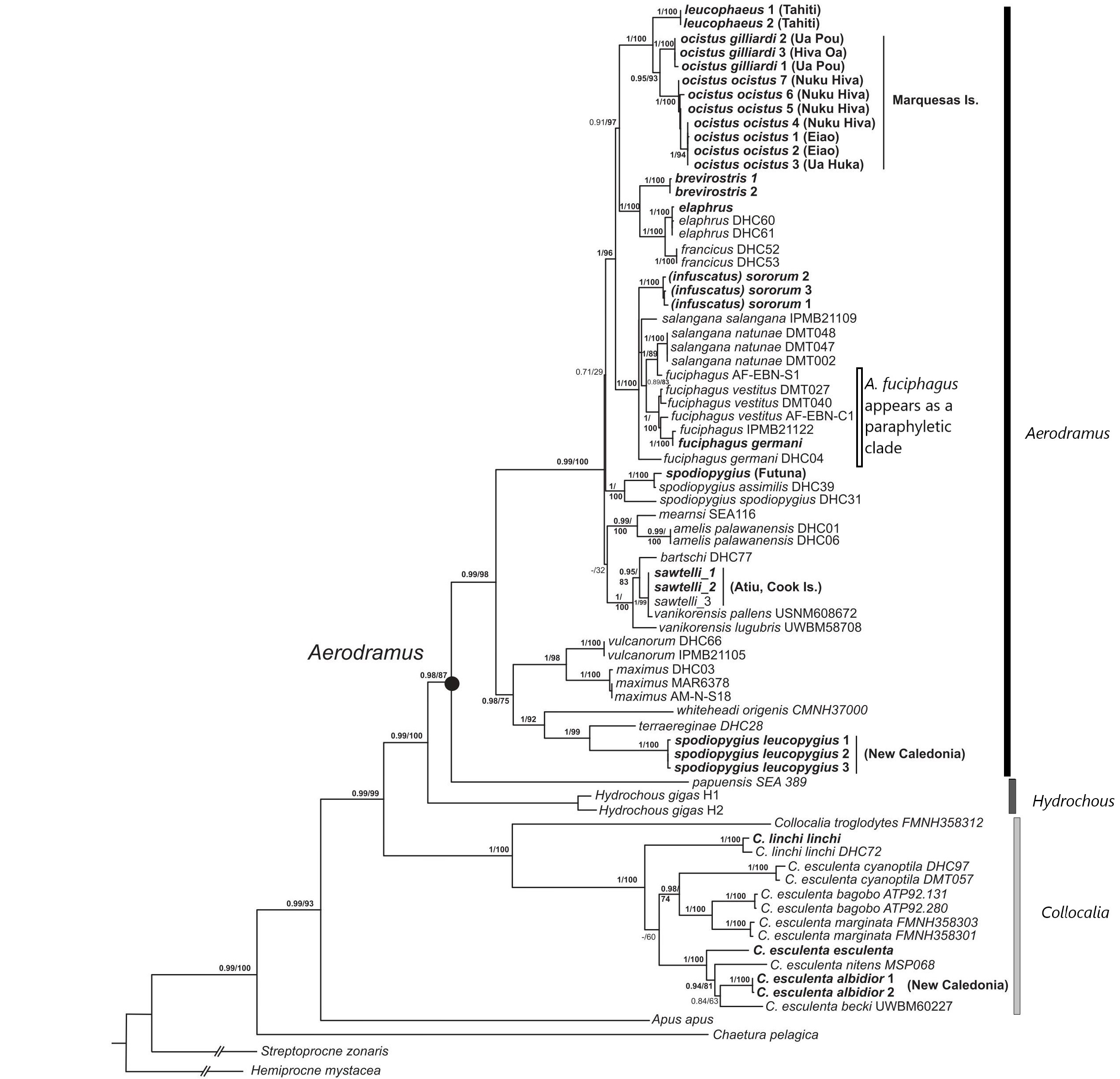 The eight recognised subspecies for A. fuciphagus are as follows:

Differences amongst subspecies are often subtle and difficult to distinguish in the field due to variations in lighting as well as difficulty in observing constantly fast-moving subjects.

According to the subspecies range, Edible-nest Swiftlets observed in Singapore should be A. f. germani which extends into the Malay Peninsula, but specimens collected appeared identical to the nominate race A. f. fuciphagus, likely because colonies in Malaysia and Singapore are of the house farmed variety (see House Farming below), which is suspected to be of Javan origin (ssp. fuciphagus). To complicate matters, their feeding ranges are likely overlapping.

Several authors believe that this species should be split into two or three. Below is a summary of the 3 different treatments:

Cranbrook et. al (2013) re-examined the specimens for the subspecies and postulated that there was not a cline in morphology, but rather an overlap of feeding range in Peninsula Malaysia. As such, A. germani and A. inexpectatus were suggested as separate species and this treatment is currently adopted by several authors. Mitochondrial DNA analysis was conducted but only revealed significant differences between house farmed swiftlets and A. f. vestitus, while the parsimony tree constructed using neighbour joining techniques revealed poor support on the nodes and appeared inconclusive regarding the phylogenetic relationships between populations (Figure 3). Previous cytochrome-b mitochondrial DNA work by Lee et. al (1996) also failed to reveal any conclusive results (Figure 4). While morphological breaks separating the populations in different geographical ranges may exist, in applying the Biological Species Concept, there is insufficient evidence to establish reproductive isolation given that the colonies breed in allopatry. Additionally, Cranbrook et. al (2013) postulated that the house farmed swiftlets could be a hybrid population of A. f. fuciphagus and A. f. inexpectatus or A. f. germani, indicating that these taxa may not withstand the test of sympatry when brought together in nest houses. Therefore, A. fuciphagus is currently treated as a single species on this page and by several other authors. Future genomic research with Next Generation Sequencing can be conducted to help reveal the phylogenetic relationship of these taxa more conclusively.In 1931, Stresemann postulated that populations with a paler rump from A. f. germani and those of a darker rump from A. f. vestitus and fuciphagus formed a transition zone over Peninsula Malaysia where intergrades of rump colour can be observed.  Thus, it was proposed that the populations were interbreeding, and thus the taxa were regarded as subspecies of Aerodramus fuciphagus. Medway (1966) also arrived at a similar conclusion. 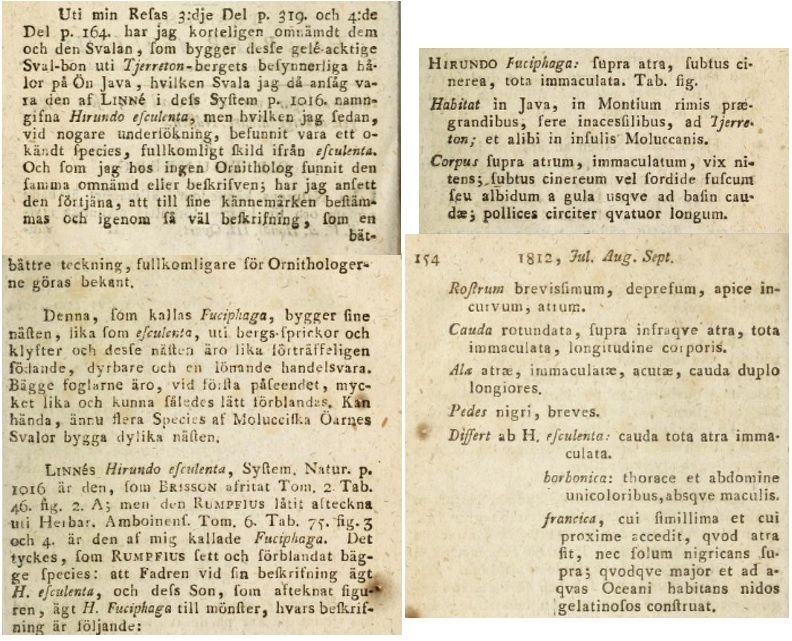 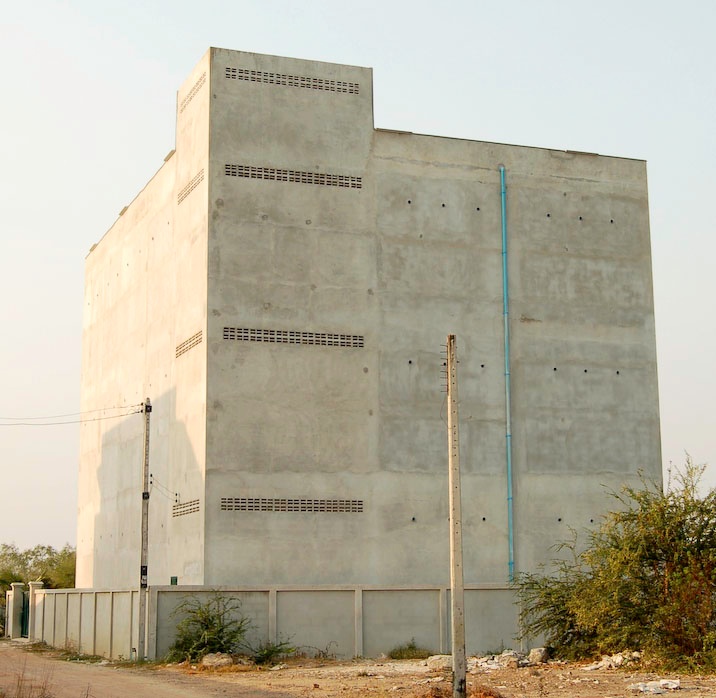