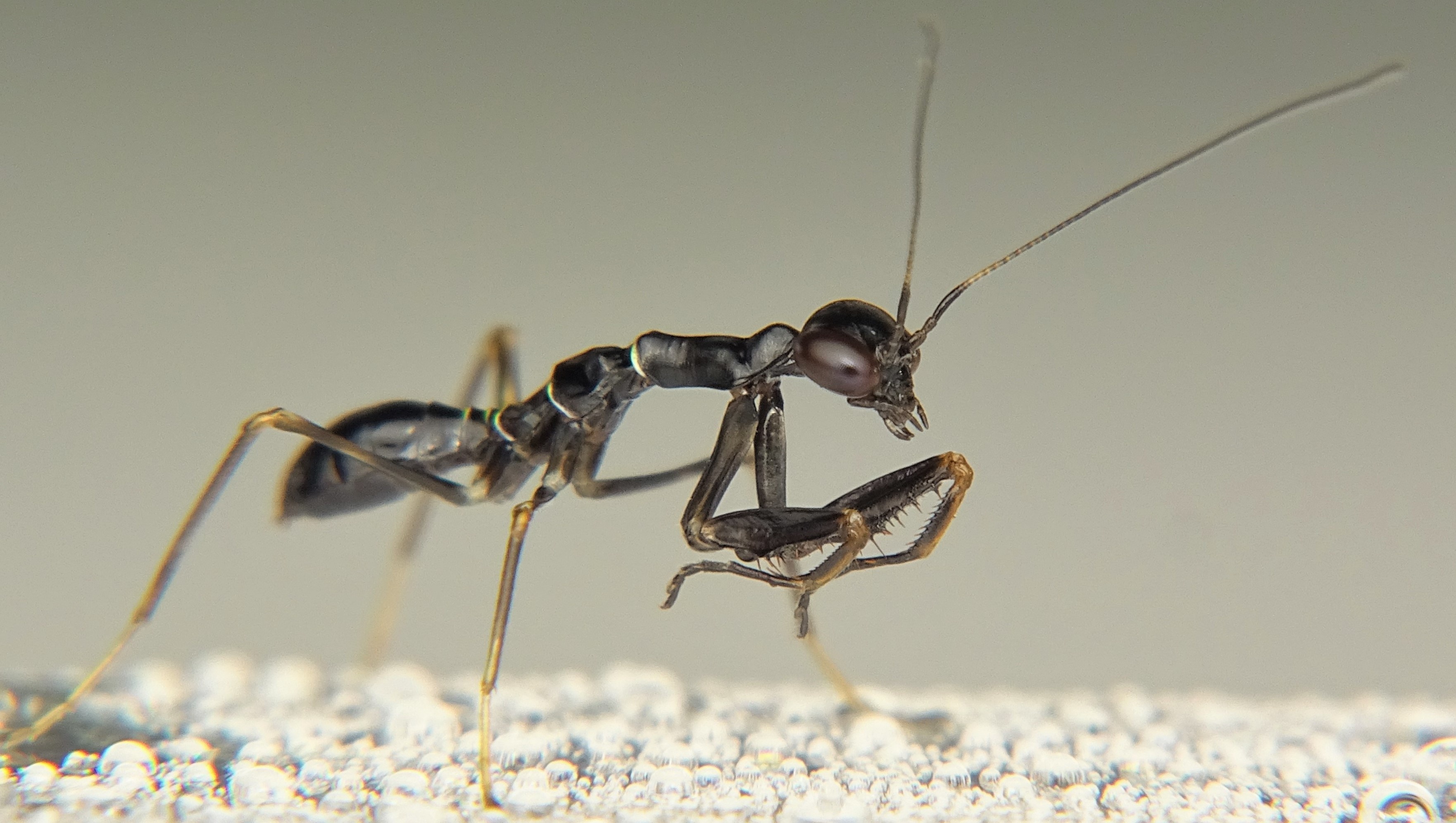 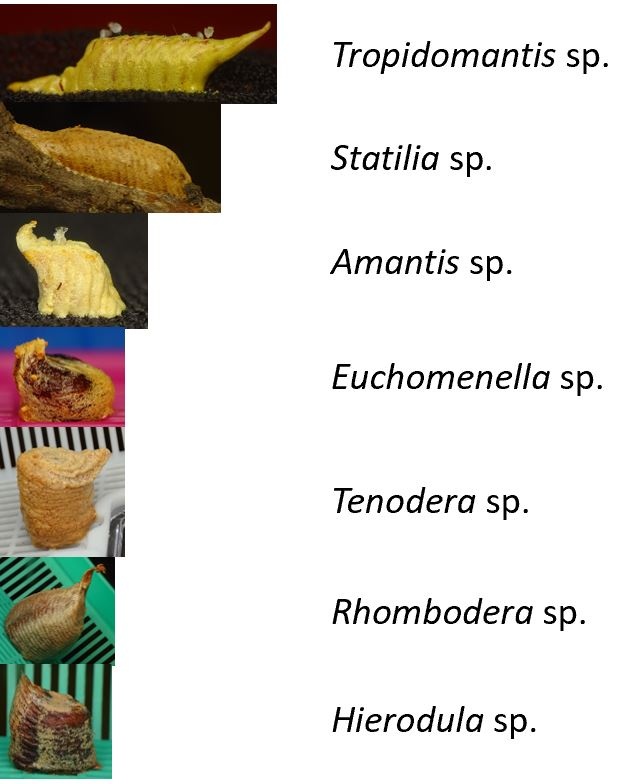 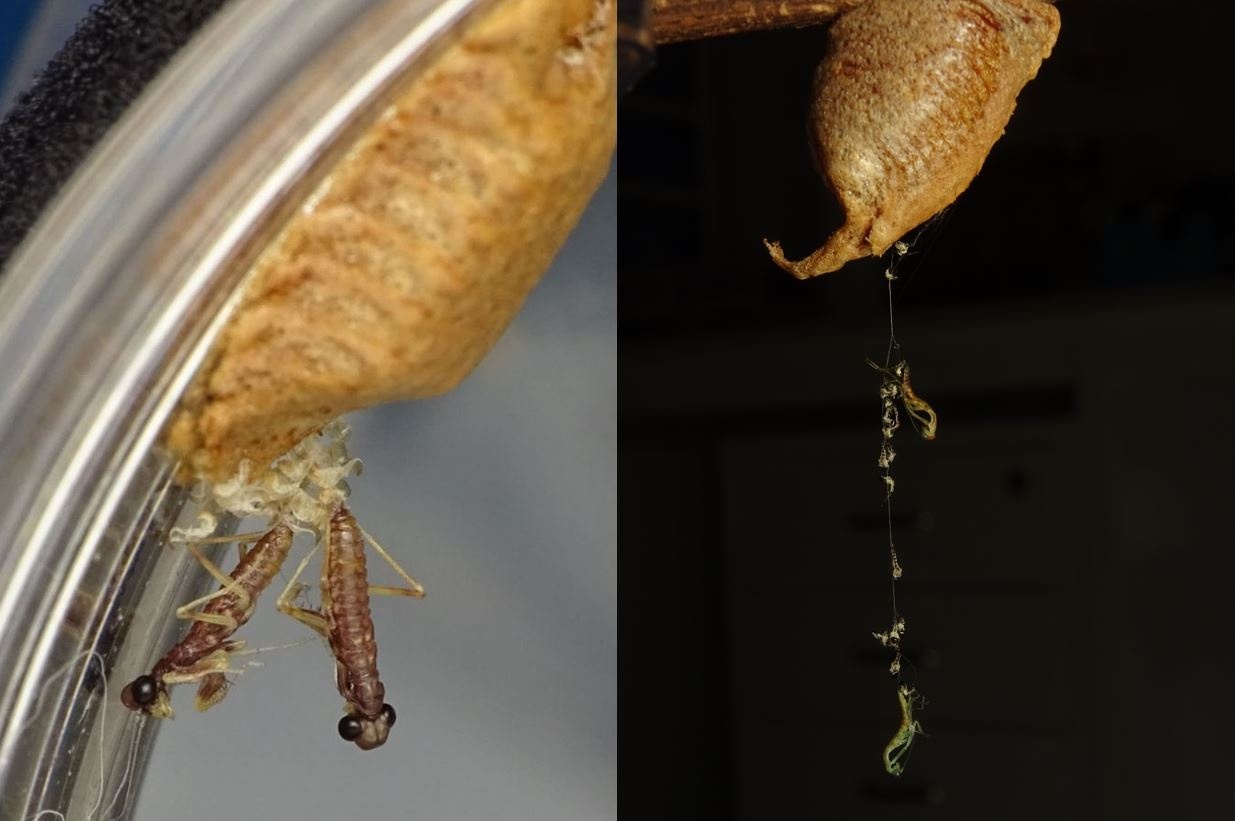 The number of moults taken to reach adulthood differs greatly between species, ranging from 5 to more than 10 (personal observation). Lifespan of adults alsodiffer greatly between species.  However, females tend to have longer lifespans than males in most species, but there are a number of exceptions
1 . Praying mantids also differ greatly in size range, wings, copulation, sperm storage

Keys available online described the genus as having: rounded bulging eyes, pronotum squat and shorter/as long as anterior coxa with poorly defined supra-coxal bulge, and non-dilated forefemor6 .  These traits were congruent with the morphology of imaged O. planiceps specimens.  Adults of O. planiceps have fully functional wings that extend to the tip of the abdomen, similar to most mantids. Although capable of flight, the females rarely fly due to their gravid abdomen.  Males are highly mobile and quick to fly. This species exhibits sexual size dimorphism, in which females are larger than males (approximately 1.4cm for males and 2.0cm for females).