First described in Singapore in 2008,Hercostomus meieri is a common species of the familyDolichopodidae (long-legged flies) which can be found in mangroves. Like other members of Dolichopodidae, H. meieri is characterized by their long legs and appears to have a shiny exterior appearance. Specifically,H. meierihas a metallic green colour on its head, thorax and abdomen.

Belonging to Empidoidea, one of the largest superfamilies in Diptera, dolichopodids are predators as both larvae and adults, hence able to act as biological controls on prey populations.

In contrast to common misconception that flies are pest, dolichopodids are spectacular flies with attractive features and are not vectors of diseases. They also exhibit fascinating behaviours, such as mating dances, with their highly decorated body parts. Take a closer look and one will appreciate its beauty.

Hercostomus meieri is mostly found in the Southeast Asian region, particularly in Brunei, South Thailand and Singapore which are areas closer to the Andaman Sea.

Similar to most dolichopodid flies, H. meieri favours moist environments such as lake banks, damp forest floors or streams. As compared to some dolichopodid species discovered to prefer vertical surfaces like tree trunks, H. meieri spends most of its time skittering on the mudflats.
In Singapore, many of the dolichopodid flies surveyed are mangrove species. H. meieri is also a mangrove species. Many of the specimens were collected from the mangrove areas of Pulau Tekong, Pulau Ubin, Sungei Buloh and Semakau. 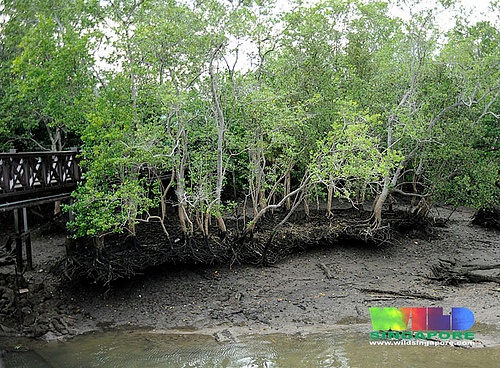 Figure 3. Mudflats in mangroves of Sungei Buloh (Taken from WildSingapore by Ria Tan).

More specifically, they are commonly found in back mangroves, which are relatively less exposed to tidal changes and closer to terrestrial areas. This distribution is similar for both larvae and adults. Larvae are often found in the top layer of mud while adults often hover above ground surface for feeding. Such habitat condition is relatively similar to other mangrove species from the genus Paraclius and Hercostomoides. It is important to note that dolichopodids have very specific habitat requirements. As such, they are usually found in undisturbed environment where water quality is good. This makes them good bio-indicators to monitor aqueous habitats as their short generation time allow for quick responses to habitual changes.

Like most insects which undergo complete metaphormosis, the life cycle of a dolichopodid fly consists of four stages, egg, larvae, pupae and adult. 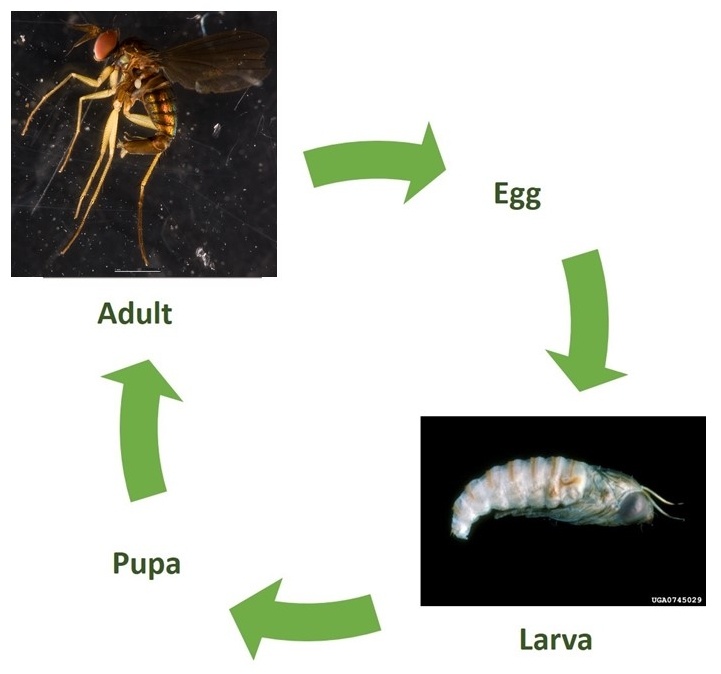 Adult flies would later emerge and continue the cycle with the search of mating partners.

Dolichopodids are innate predators as both larvae and adults.

What comes around, goes around. While H. meieri is feared by larvae of other insects they feed on, they also have their natural predators to be afraid of. Continuing the food chain, dolichopodid flies often fall into the vicious mouths of spiders (Order: Araneae), moths (Order: Lepidoptera) and of course some frogs (Order: Anura) present in Singapore's nature which enjoy a swarm of dolichopodids for a meal.

The mating of dolichopodid flies begin with courtship rituals. The rituals can take place in the form of flight maneuvers, as the male appears to be jumping between two places in front of the female, or badge displays.

Out of the two general courtship behaviours, it is unknown if H. meieri exhibits either one or both. However, from morphological examinations, it appears clear that forelegs of a male specimen do not have coloured tarsus segments or aristal flags while its grey wings do not have coloured tips (Figure 9). It may be inferred that H. meieri exhibits flight maneuvers, by elimination yet this is still a hasty conclusion as behaviours of H. meieri has not been observed or recorded.

Perhaps one of the most appealing features of the family Dolichopodidae is their intriguing morphology which defines the beauty of these little creatures. Despite the variance in sizes and lengths, dolichopodid flies are generally similar in their general appearances. Here, let's take a closer look at these flies under magnification to recognise their uniqueness.

The adult of H. meieri often grows to an overall length between 3 and 6 mm, with a wing length of about 2 mm (Figure 1).
Dolichopodid flies can be easily distinguished from other Dipteran flies based on their characteristic long legs, wing venation and relatively larger male genitalia. In fact, taxonomists rely greater on the structure of the male genitalia to classify the flies into different species. This method of morphological classification comes with a disadvantage when it becomes more difficult to tell closely-looking females of different species apart.

Dolichopodid flies have a unique wing venation which distinguishes them from other flies in Diptera. Taking a look at H. meieri, the wing of H. meieri has fused bm and dm cells and relatively simpler venation from other flies.

The most notable feature to distinguish between males and females is the male genitalia. As mentioned previously, many species have unique male genitalia structures. 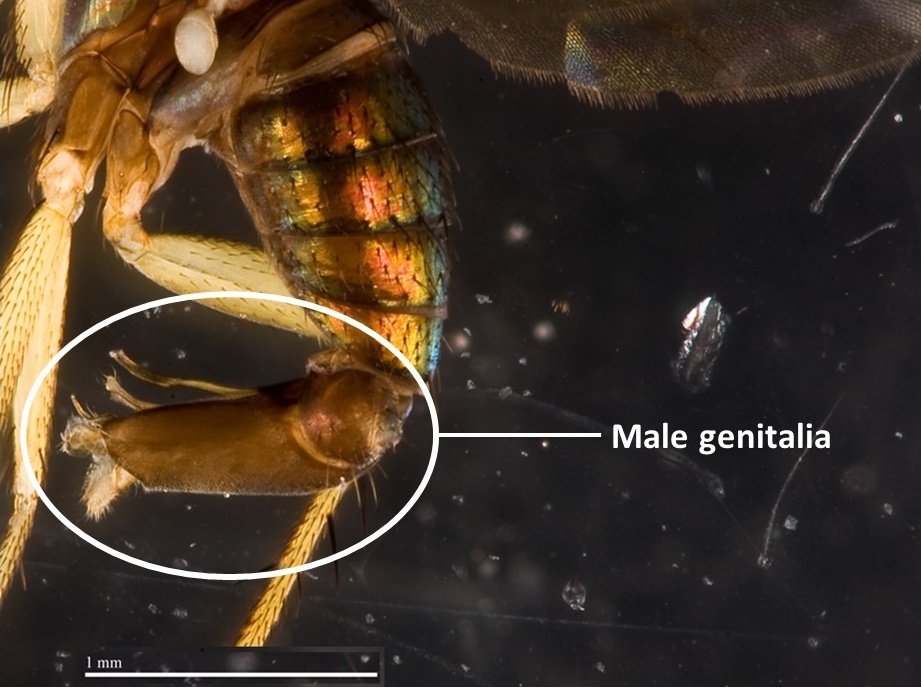 Hercostomus meieri was first described in Singapore and adult descriptions were published in a 2008 paper by Zhang et al.. The holotype specimen was found in Chek Jawa, Pulau Ubin, Singapore in 2003. (23097, coll. PG, det. LZ, Si113, ZRC). The type locality would thus be Chek Jawa, Pulau Ubin. When first described, the authors applied the Morphological Species Concept during diagnosis, hence classifying H. meieri as a new species based on its adult descriptions mentioned above.

Hercostomus meieri was first described in 2008 hence due to its recency, there are no synonyms associated with it.

The system below reflects the classification of //Hercostomus meieri// above and to species level, generated using UniProt Taxonomy . 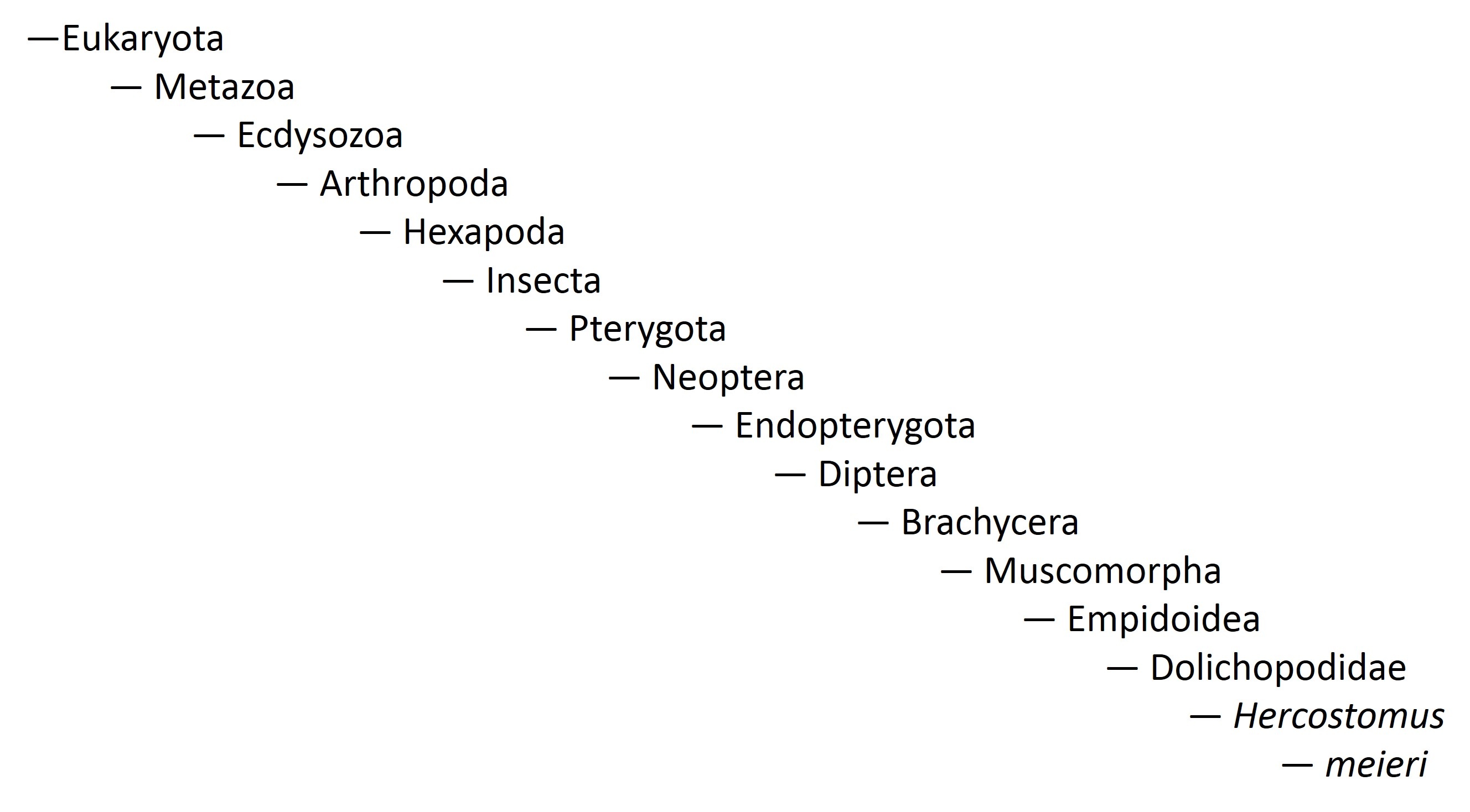 In 2011, a study of episodic radiation of various Diptera groups in the Tree of Life has been conducted and placed Dolicoodidae, together with families Hybotidae and Empididae, under Empidoidea which was further grouped into a larger umbrella of Neodiptera 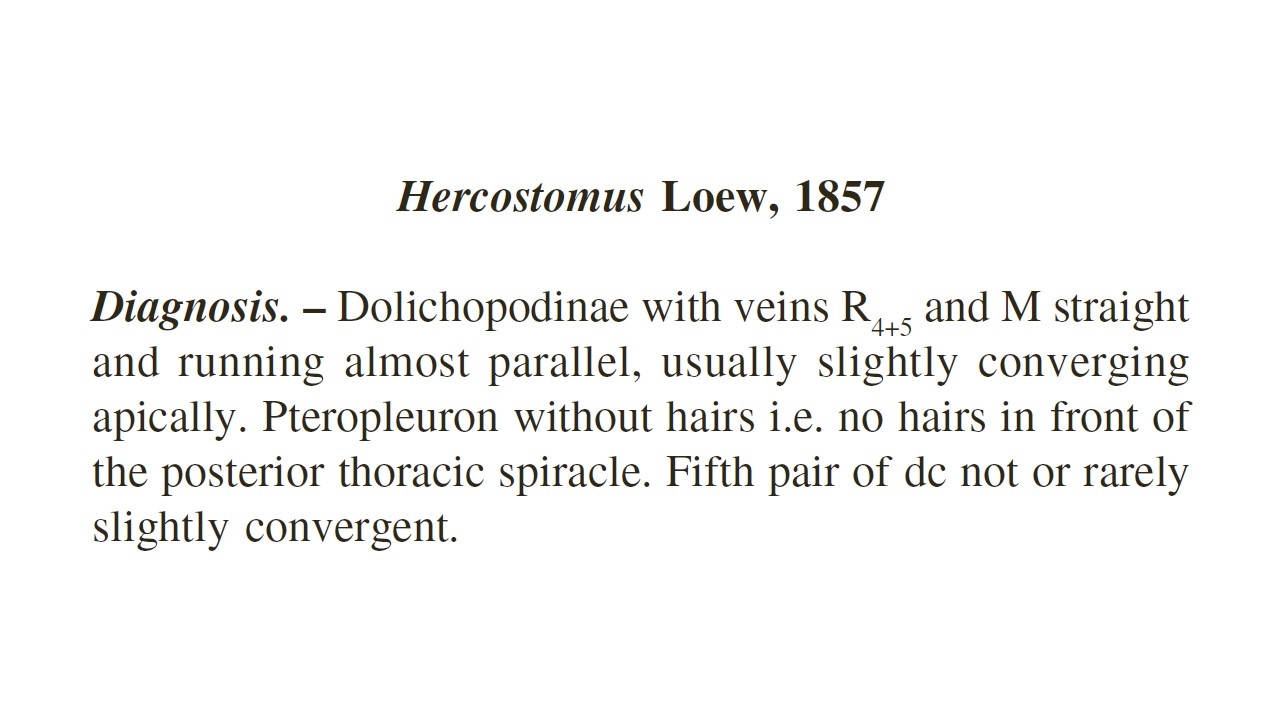 However, phylogenetic relationships of H. meieri has yet to be studied in details.

Special mentions and great thanks to Dr Patrick Grootaert for sharing his knowledge on the dolichopodids and his advice during the creation of this page. In addition, to Mr John Hallmén and other photographers for their permission to use their magnificent photos for illustration, Prof Meier and everyone who has made this species page possible.