As with all Lepidopterans, D. nerii is holometabolous and undergoes a four stage lifecycle in which each stage shows a significantly different morphology.


When provoked, the caterpillar first straightens itself out to resemble and oleander leaf. If the threat continues, it curls its upper segments to display the prominent eye-spots on the third thoracic segment 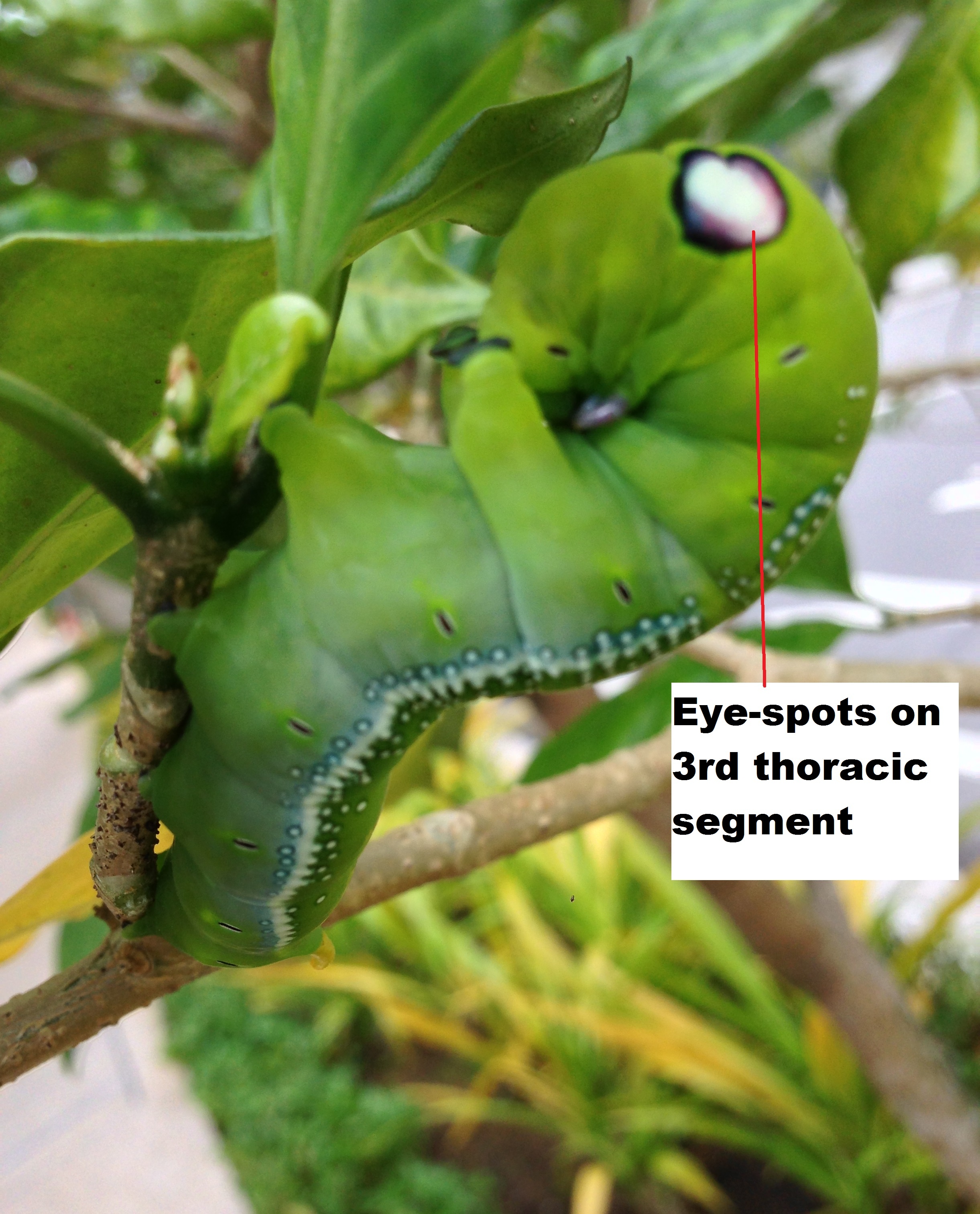 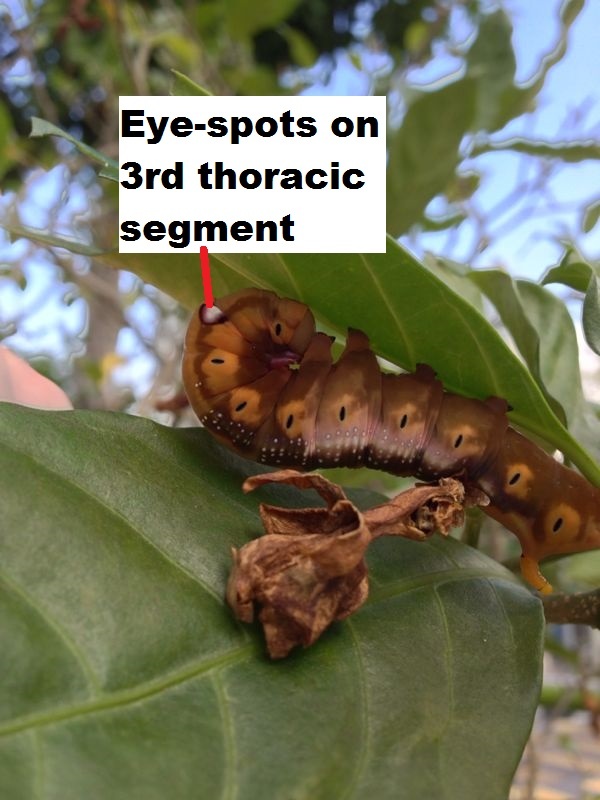 
While the larvae of D. nerii are able to pupate in almost any environment, they sometimes build a cocoon of leaves to disguise and protect themselves before they enter the vulnerable pupa stage.

Video 2. Final instar larva of D. nerii building a cocoon out of the leaves of a Jasminum plant

One complete lifecycle from the time of hatching to egg-laying takes approximately 28 days to upwards of 30 days.

Video 3. Eclosion of D. nerii and mating behaviour (at 2:10) . (by ririlaphoto on YouTube)

. They are found throughout Europe, South Asia, Southeast Asia and Sub-Saharan Africa, with less concentrated ranges in the Middle East and Far East. 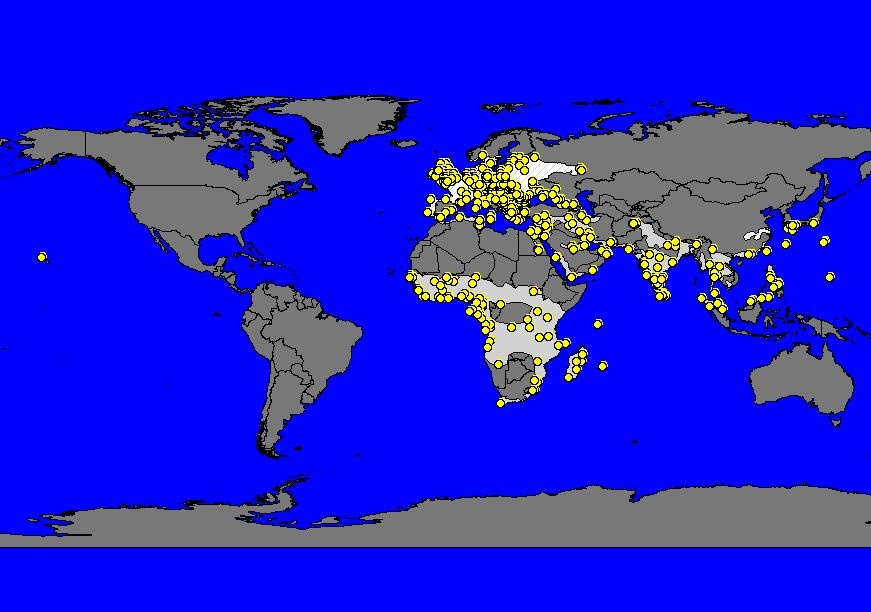 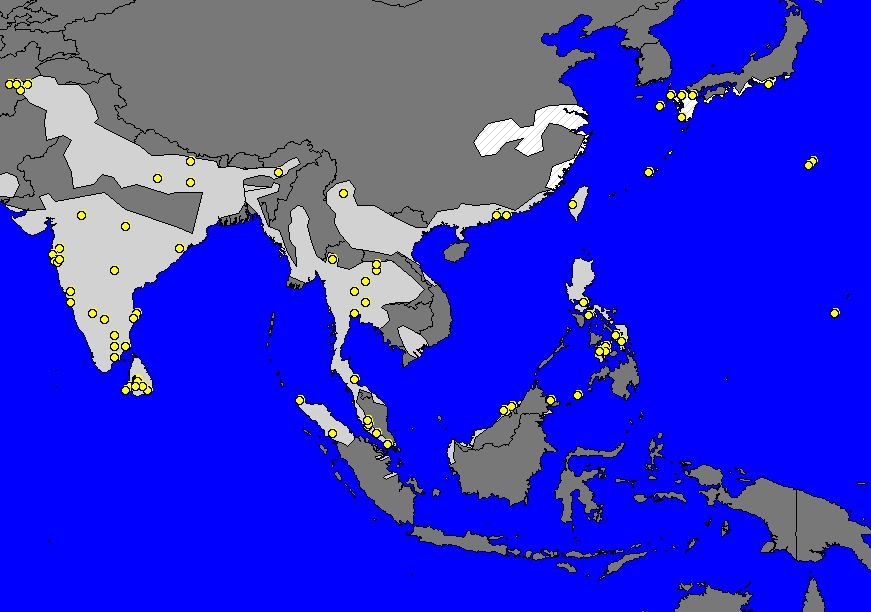 Image Modified
Map. 1. Map of the worldwide distribution of D. nerii (top) and of its distribution in Southeast Asia (bottom) (Beck & Kitching, 2004-2008)


The eyes are large and lack pendant lashes. Its labial palps are large and with smooth scales. The first tergite is relatively large, and weak, elongated spines occur in several rows on the abdomen. The M2 vein in the hindwing is before the centre of the cell. A basal comb is present on the midtarsus and two pairs of spurs occur on the hind tibiae with the pair closer to the body longer than the distal pair. None of the tibiae have spines.

The antennae of the male and female are slightly different with the female’s having mildly clubbed tip, and the male having bristle-like (setiform) antennae. 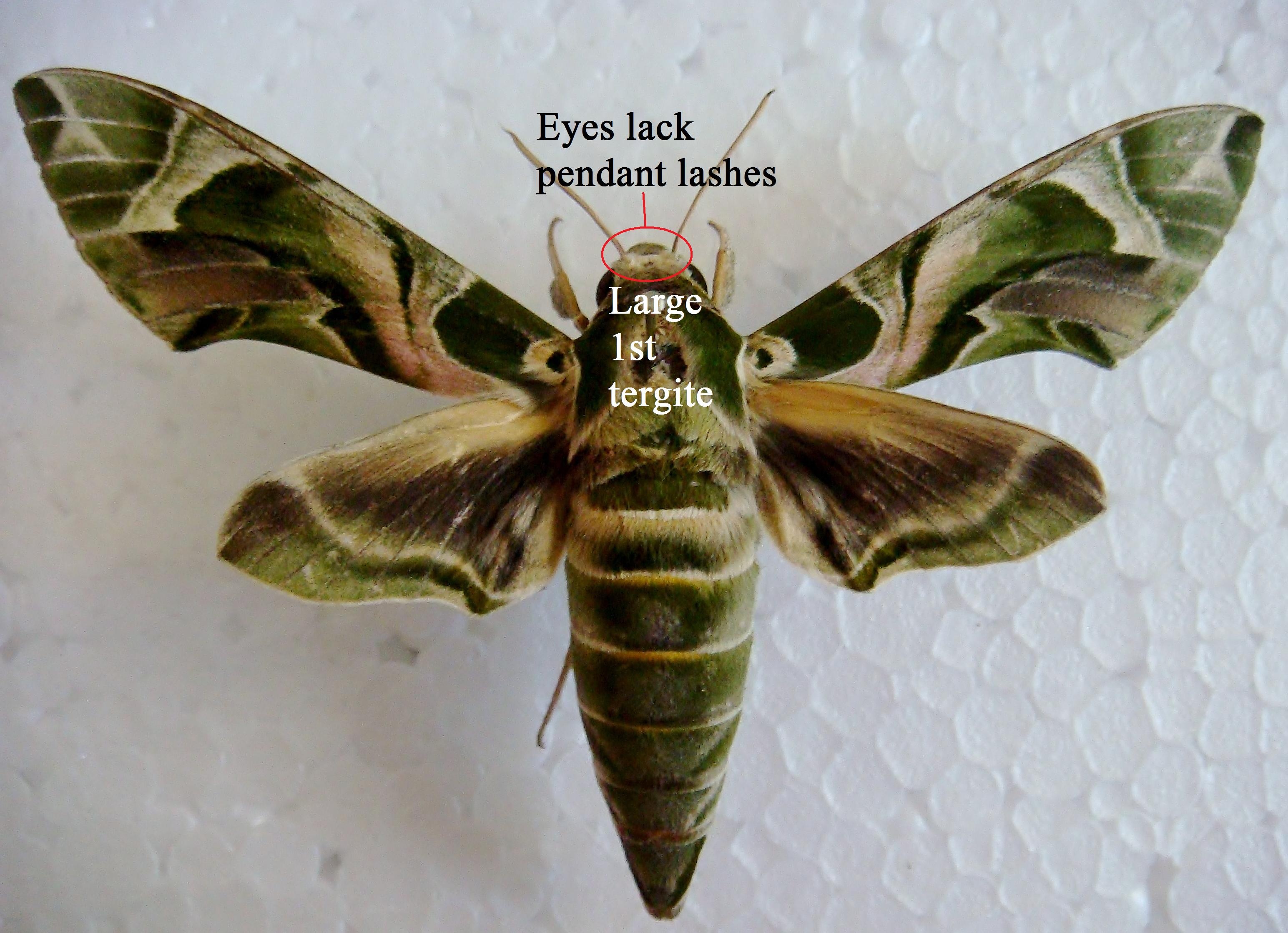 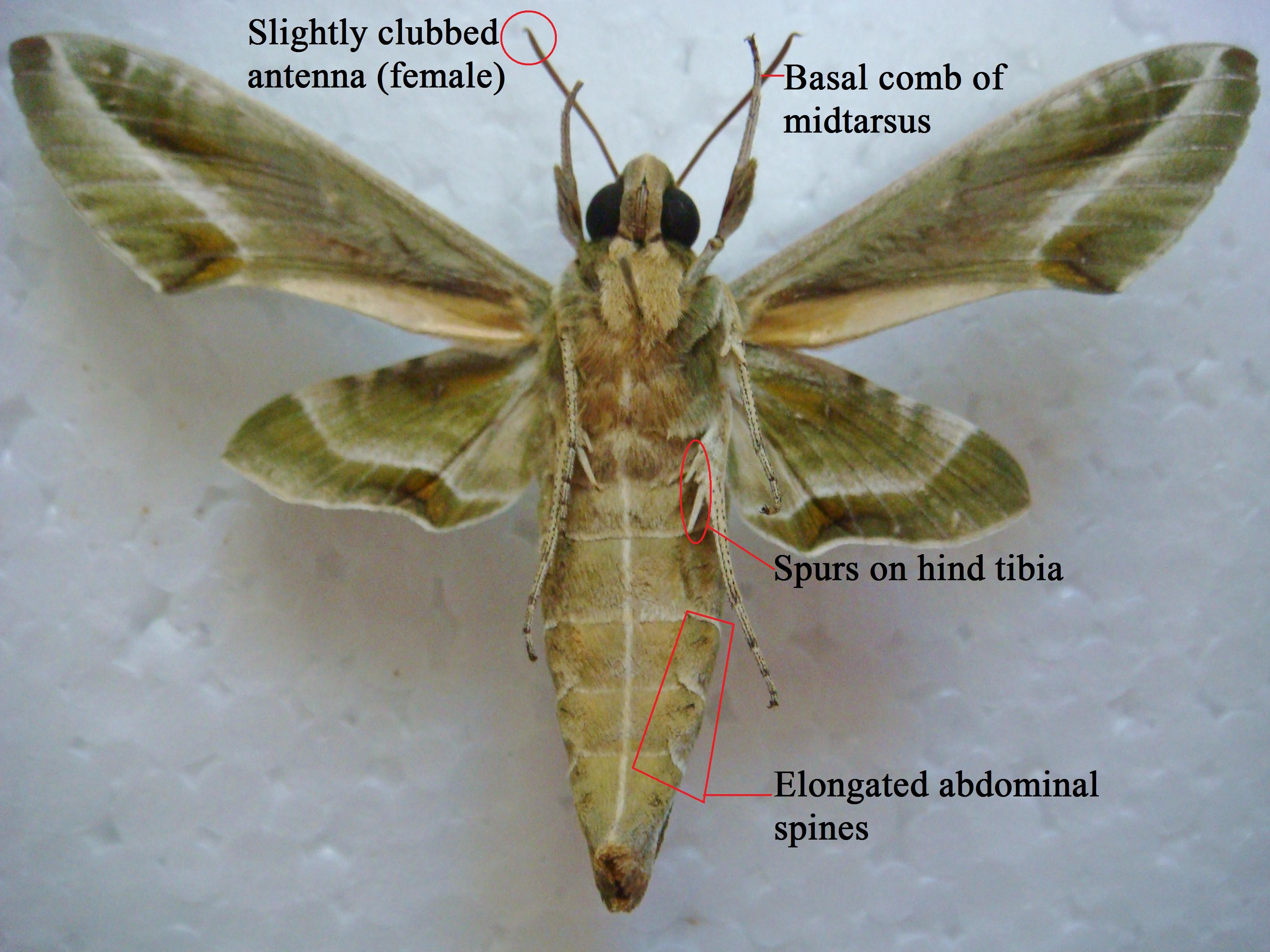 Of particular note is Macroglossinae* to which D. nerii belongs. This molecular analysis has strongly corroborated the previous hypothesis for the monophyly of Macroglossinae* with a bootstrap percentage of 91% under the maximum likelihood model. The maximum parsimony model did not receive as much support, but it had overall weaker support as well. 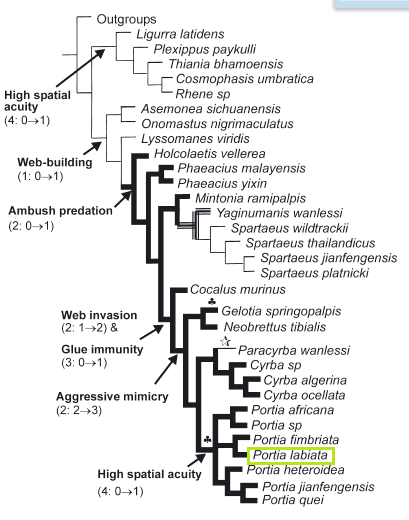