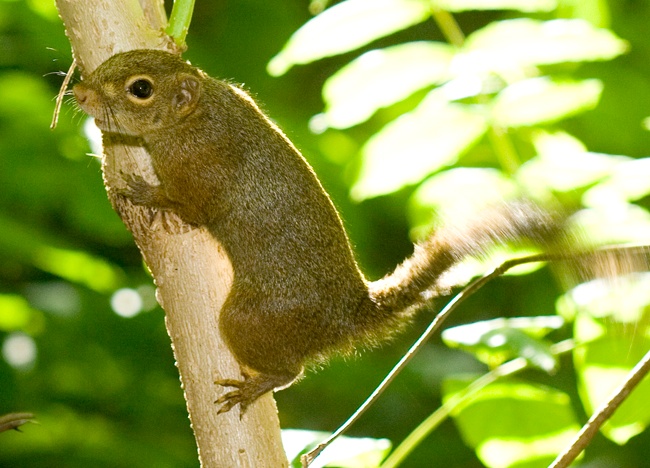 This species page is meant to introduce readers to the charming Singaporean native, the slender squirrel (Sundasciurus tenuis). This webpage will serve to provide a broad overview about slender squirrels. Do navigate to your areas of interest using the Table of Contents. If you are interested to find out more about these furry little squirrels, do check out the references at the bottom of the page. Have fun!

DO YOU KNOW?1. Slender squirrels (Sundasciurus tenuis) are one of the two common squirrels in Singapore (Baker, 2013). Unlike its larger, more gregarious relative, the plantain squirrel (Callosciurus notatus) that are common in urban parks, slender squirrels are forest obligates (Baker, 2013) . They are common where they are found though, so you might have passed these squirrels while in the forests without noticing them! So do keep your eyes peeled for these charmers the next time you visit the forested reserves and parks!2. An interesting fact: the front teeth of slender squirrels, like other rodents, never stop growing! Therefore, they have to continuously gnaw to wear down their teeth ("Squirrel", 2013). 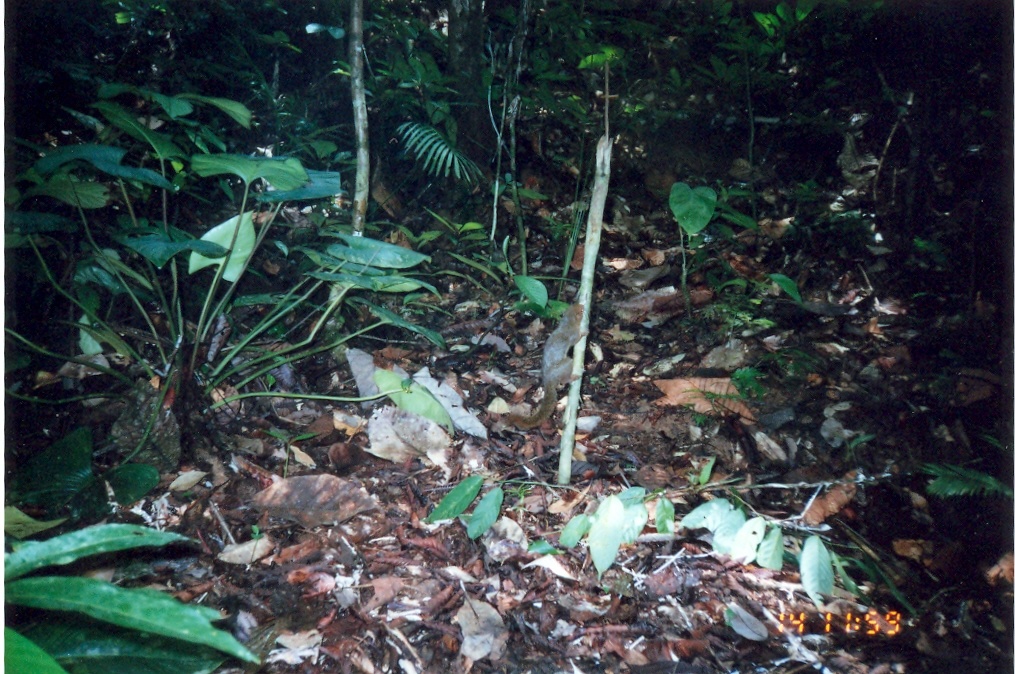 Figure 4: A slender squirrel hiding among the vegetation in a tropical rainforest in Malaysia.(Photographed via camera trapping by Smithsonian Wild on Flickr, Creative Commons CC BY-NC-SA 2.0)

Their exact food items and diet composition is not known, though they have been observed feeding on six species of figs (Lambert, 1990) and on the insects from the orders Orthoptera and Coleoptera (Muda, 1991).

DO SLENDER SQUIRRELS HOARD?Food hoarding is a well-known behaviour among squirrels in temperate regions (Somanathan et al., 2007), such as the common North American red squirrels (Tamiasciurus hudsonicus) and gray squirrels (Sciurus carolinensis) (Goheen & Swihart, 2003). However, hoarding is not well-documented in Southeast Asia, with Yasuda et al.’s (2000) study being a rare documentation of scatterhoarding rodents including the three-striped ground squirrel (Lariscus insignis) in a Malaysian rainforest. Slender squirrels have not been observed performing food hoarding behaviours.

Just like us, slender squirrels are diurnal (Francis, 2008), but detailed information on its activity pattern throughout the day is lacking.

Slender squirrels are able to

It should be noted that signals might by communicated via multi-sensory channels (e.g. using visual and audio signals simultaneously), as in the arboreal eastern grey squirrel (Sciurus carolinensis), therefore the meanings of signals might be misinterpreted if examined by focusing on one communication mode at a time (e.g. either audio or visual) (Partan et al., 2009).

Video 2: Take a look at the slender squirrel communication in action: vocalisation and tail-flicking. (Video by StopAskingForMyName on Youtube.)

Detailed information regarding life history and reproduction is few and scattered:

Tree squirrels are typically less social than ground squirrels and marmots, which live in highly cohesive familial social groups (Partan et al., 2009). However, slender squirrels have been spotted in groups of up to ten interacting with each other (Baker, 2013).

Like us, slender squirrels can suffer from infection by pathogens and parasites such as the sucking louse Neohaematopinus callosciuri (Shinozaki et al., 2004), the mite Chelonoius selenirhynchus (Fain & Nadchatram, 2009), intestinal helminths Fissicauda sp., Rictularia tani and Subulura pigmentata (Betterton, 1979), and dicrocoelid liver flukes Zonorchis sp. (Betterton & Lim, 1977). However, how these pathogens affect the ecology and biology of Sundasciurus tenuis is not well known.

The ecological roles of slender squirrels include being:

Slender squirrels are of Least Concern status in the IUCN red list, due to their being common and widespread in Southeast Asia (Sundasciurus tenuis, 2013a).However, they were rarely observed in a survey conducted by Saifu and Nordin (2004) in the Weng-River subcatchment in Kedah, Malaysia, which might point to a decreasing population (Sundasciurus tenuis, 2013a) , though the data was deficient for population estimates.

Global distributionSlender squirrels's distribution spans from the southern edges of Thailand, Peninsular Malaysia, Singapore, Sumatra to Borneo, and some smaller Indonesian islands (Sundasciurus tenuis, 2013b). They are native to Southeast Asia, including Singapore.

Squirrels belong to the taxon Sciuridae, which consists of 273 species, classified under Sciurinae (tree and ground squirrels) or Pteromyinae (flying squirrels) (Steppan et al., 2004). The genus Sundasciurus contains 15 species, all found in the Sunda shelf, Palawan islands and Greater Mindanao (den Tex et al., 2010). Further, 5 subspecies have been described under Sundasciurus tenuis, which are

Phylogenetic analysis on Sciuridae has been performed by Steppan et al. (2004), using C-myc and RAG1 nuclear genes, manual and Sequencher alignment software, and maximum parsimony, maximum likelihood and Bayesian analyses. The study revealed that the Sciuridae clade consists of five major lineages, of which Callosciurini, which contains slender squirrels, is one. The study provided strong support that the 57 species-strong Callosciurini (oriental tree squirrels) is a monophyletic clade (Steppan et al., 2004). It is also suggested that the sciurid lineages diverged in the following order: the ancestors of the flying squirrels and Sciurini (New World tree squirrels) diverged first, followed by the Callosciurini and another clade dominated by ground-dwelling squirrels (Steppan et al., 2004). Figure 6 summarises the results in a phylogenetic tree of sciurids.Picture missingFigure 6: Phylogenetic tree of sciurids using maximum likelihood analysis. Numbers above branches denote likelihood and parsimony bootstrap values respectively. The capital letters circled in red represent the 5 major lineages in the Sciuridae clade, with D representing the Callosciurini clade. Branches of the callosciurini clade are in yellow. (Image sourced from Steppan et al., 2004, with red and yellow modifications by Ng Xin Yi Iris)A separate study focused on the phylogeny of the genus Sundasciurus, using cyt b gene, and maximum parsimony, maximum likelihood and Bayesian analyses (den Tex et al., 2010).In fact, the study reveals phylogenetic issues with the species Sundasciurus tenuis:

Picture missingFigure 7: Phylogenetic tree of Sundasciurus using Bayesian analysis. Yellow branches trace the common ancestor of subgenus Sundasciurus to point B, showing that this subgenus is not monophyletic. Blue branches trace members of the Sundasciurus tenuis species to a common ancestor, showing that this species is also not monophyletic. (Image sourced from den Tex et al, 2010, with blue and yellow modifications by Ng Xin Yi Iris)

This page was authored by Ng Xin Yi Iris