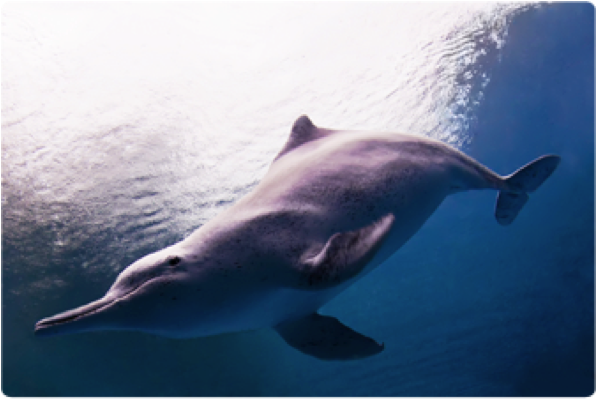 
*In this webpage, the dolphin names used will be based on this categorisation. Readers should take note that general information from other websites and papers before August 2014 groups Sousa sahulensis, Sousa plumbea and Sousa chinensis as one highly variable and widespread species: Sousa chinensis (Indo-Pacific humpback dolphin). 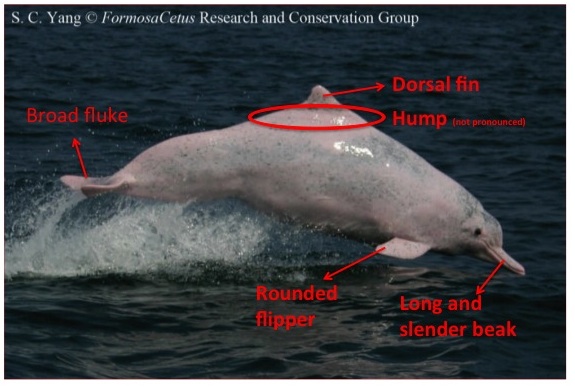 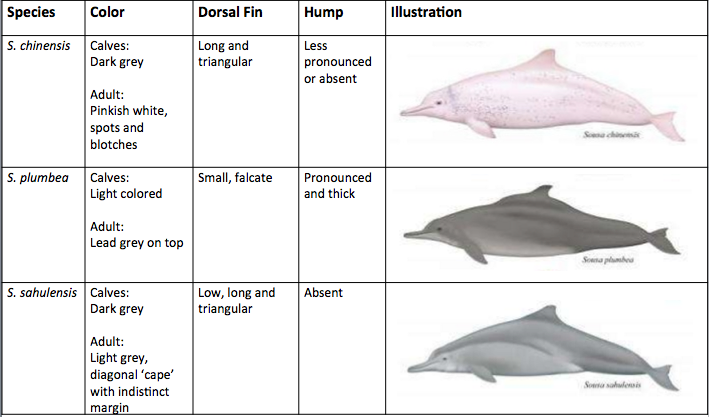 The humpback dolphins around Singapore are part of the S. chinensis species and they are pink.

When born, they are dark grey in colour and look very like a bottlenose dolphin but as they mature their colour changes and the hump on the back becomes more prominent. The dorsal fin triangular and positioned in the centre of the back. They grow to about 2.5-2.8m long and can weigh up to 260kg11 .

There appears to be no sexual dimorphism in body length and shape for this species but it is speculated for the other species that the males might be larger than the females12 . 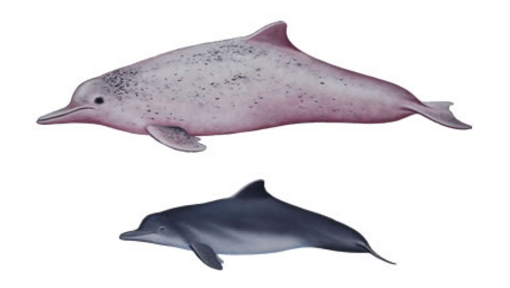 The behavior of Sousa chinensis is not well-studied but there are a few studies done on certain aspects of the humpback dolphin's behavior.

Sousa chinensis moves slowly and surfaces at a regular interval13 . The long beak of the humpback dolphins are often exposed when they surfaces and they strongly arch their back and raise their tail flukes while diving.This is a unique diving posture whereby the dolphin first lift its beak out of the water and arch its back, then pausing before dipping below the surface and flipping its tail to dive14 . Humpback dolphins also have a characteristic rolling manner of surfacing described by Karczmarski et al (1997) 15  often with their beak hitting the water before the melon reaches the surface of the water. The rest of the body remains submerged when the blowhole is open 16 .

Humpback dolphins are shy animals and so they are not often sighted near boats. They occur in tropical coastal waters, preferring areas less than 25 metres deep17 , so they are usually found in areas including open coasts and bays, coastal lagoons, rocky and coral reefs, mangrove swamps and estuarine areas. It is rare to find them more than a few kilometres from shore18 .

They travel in small sizes of school, usually in three to eight animals, and have been sighted to be in singles or pairs14 . Parsons (2004) noticed that the occurrence of the dolphins was affected by the tide cycle, with sighting frequency increasing during the ebb tide16 .

Saayman & Tayler (1973) described some social behaviors exhibited by humpback dolphins in Plettenberg Bay, including leaping, airborne cartwheels, chasing,rubbing against and mouthing each other, and striking each other with their flukes.These social behaviors were often observed when groups and individuals first came together. In Hong Kong, there seems to be a seasonal variation in the occurrence of social interactions between the humpback dolphins, with frequency of social behavior increasing between August and November (Parsons, 1998b). This increase in social behavior also was noted by Jefferson (2000)16 .

Another study done by Karczmarski, Thornton & Cockroft (1997) observed courtship initiation with some vigorous movement of two individuals side by side with consistent, helical interchanging of positions. The dolphins exposed half of their body above the water and displayed prolonged body contact. Aerial displays such as quasi-leaps, side leaps and vertical leaps were also observed. Such behvaior was repeated before the dolphins apparently initiated true mating19 .

Very little is known about the acoustic repertoire of the Indo-Pacific humpback dolphin. As of now, it is unknown whether the different species of humpback dolphins produce different sounds. Delphinid sounds generally consists of clicks,often used for echolocation, burst-pulses that is generally used for communication, and whistles which are believed to be be used for communication 20 .
A study done by Parijs and Corkeron (2001) 21 off eastern Australia, supported by a study done by Sims et al20 , documented five types of vocalisation produced by humpback dolphins:

Little is known about the reproduction of humpback dolphins as well. Generally, gestation period is approximately 10-12 months and there appears to be a calving peak from spring to summer. Calves are about 100cm long and 14kg at birth8 . Scant data indicate that sexual maturity in females may occur at about 9-10 years of age, with males maturing later 21 .

What do they eat?

The humpback dolphins appear to be opportunistic feeders, consuming a wide variety fishes. Sometimes they feed on cephalopods, while crustaceans are rare in their diet22 17 . Feeding primarily occurs near shore, estuaries and reefs19 .

Where are they found?

Sousa chinensis is distributed in waters from central China, south throughout the waters of Southeast Asia as far southeast at least as Borneo, and as far west as the Orissa coast of India. Its distribution overlaps with that of Sousa plumbea. Range states include the People’s Republic of China (including the SARs of Hong Kong and Macau), Taiwan (Republic of China), Vietnam, Cambodia, Thailand, Myanmar, Bangladesh, India, Indonesia, Malaysia, Singapore, and Brunei Darussalam. Indo-pacific humpback dolphins typically has a near shore distribution throughout its range22 1 23 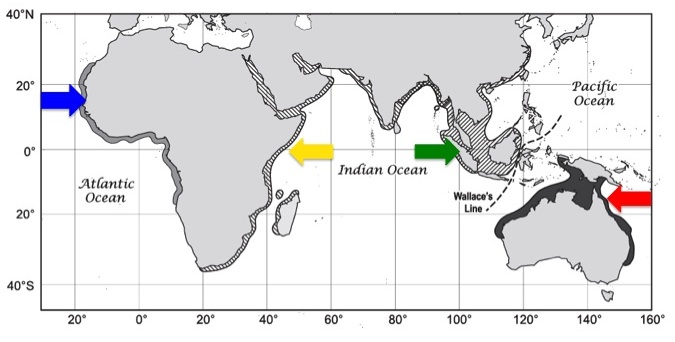 Under IUCN,the humpback dolphins in the Pacific Ocean and Indian Ocean as a whole is classified under “Near Threatened” and is listed in Appendix I of CITES. These classifications are based on the combination of the humpback dolphins in the Indian Ocean, Pacific Ocean and Australia, consisting of more than 10,000 individuals. Despite the huge total number, these dolphins are under substantial threat25 .The situation is especially critical for the population ofSousa chinensisin Hong kong and Taiwan. For the eastern Taiwan trait subpopulation, they are classified under critically endangered under IUCN 26 .
An alarming decline of the population in Hong kong was reported from 158 dolphins in 2003 to just 61 dolphins in 2012 27 28 29 . 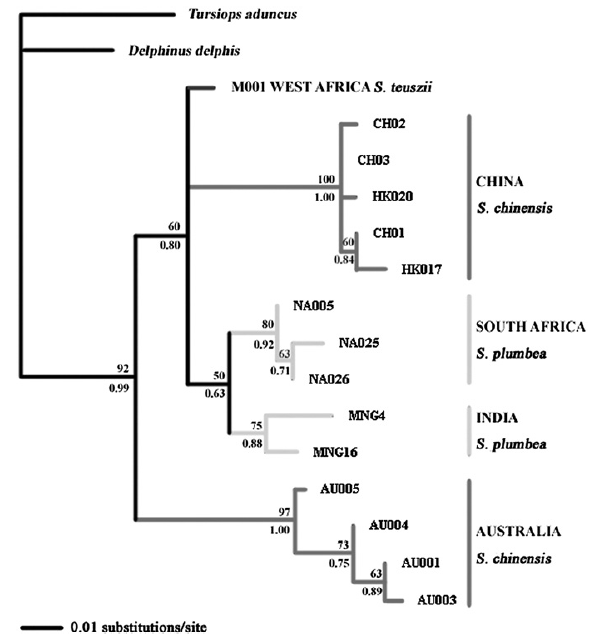 Maximum likelihood (ML) reconstruction of relationships among Sousa spp. based on mtDNA control region haplotypes (287-bp) from five regions: China
(Xiamen, Hong Kong and other regions), South Africa (Natal), Australia (Queensland and other regions), India, and West Africa (Mauritania). ML bootstrap scores
are shown above internal nodes and Bayesian posterior probability scores are shown below. ML and Bayesian methods converged on the same tree. Terminal
nodes are labeled with haplotype codes as in Table 2. Sequences from Delphinus delphis and Tursiops aduncus were used as outgroups.
Reproduced from Stewart, Clapham & Powell, 2002.

The first binomial, Delphinus chinensis, was given to the Indo-Pacific humpback dolphin when it was first observed in the Canton (Pearl) River, China and described by Pehr Osbeck (Swedish explorer) in 1757. The species name, chinensis, refers to the original location of the animals observed by Osbeck42 . 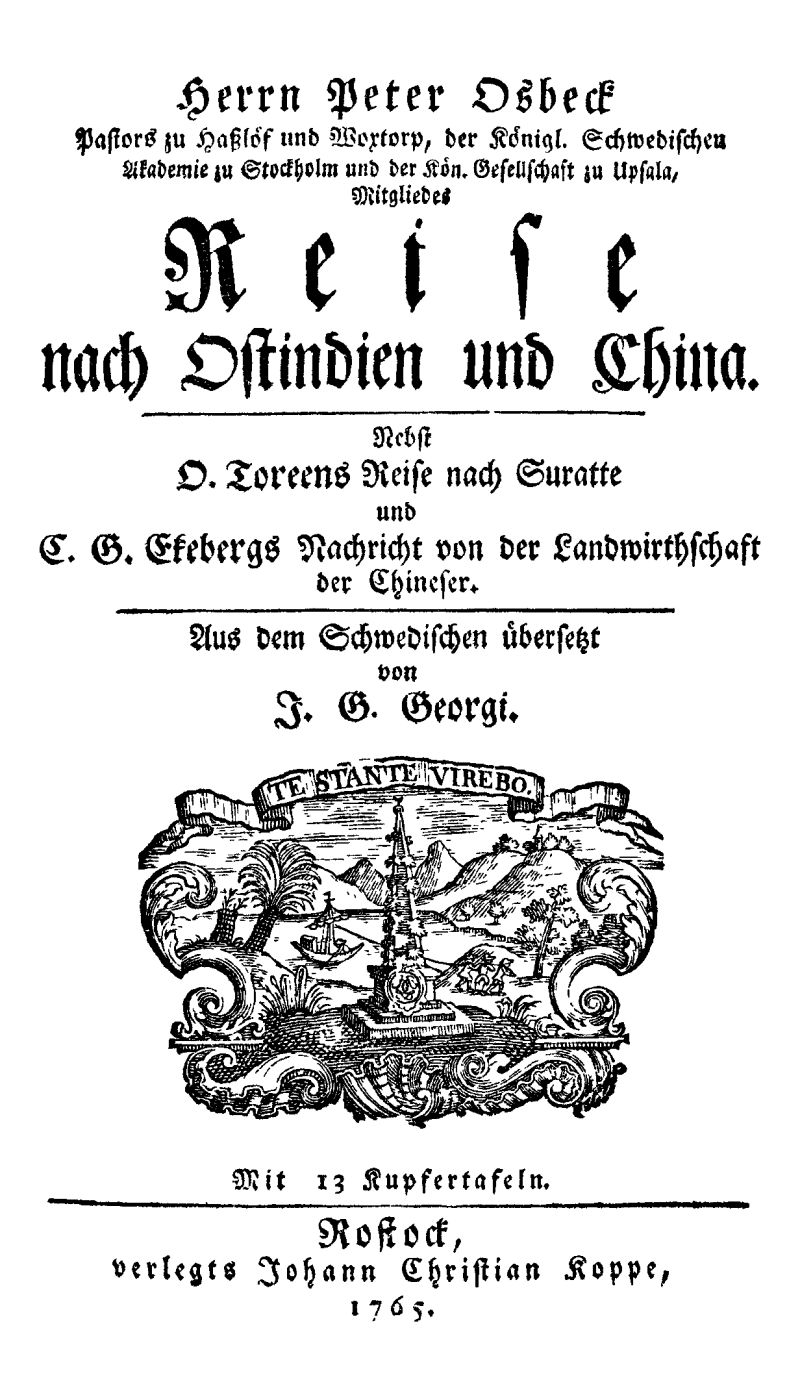 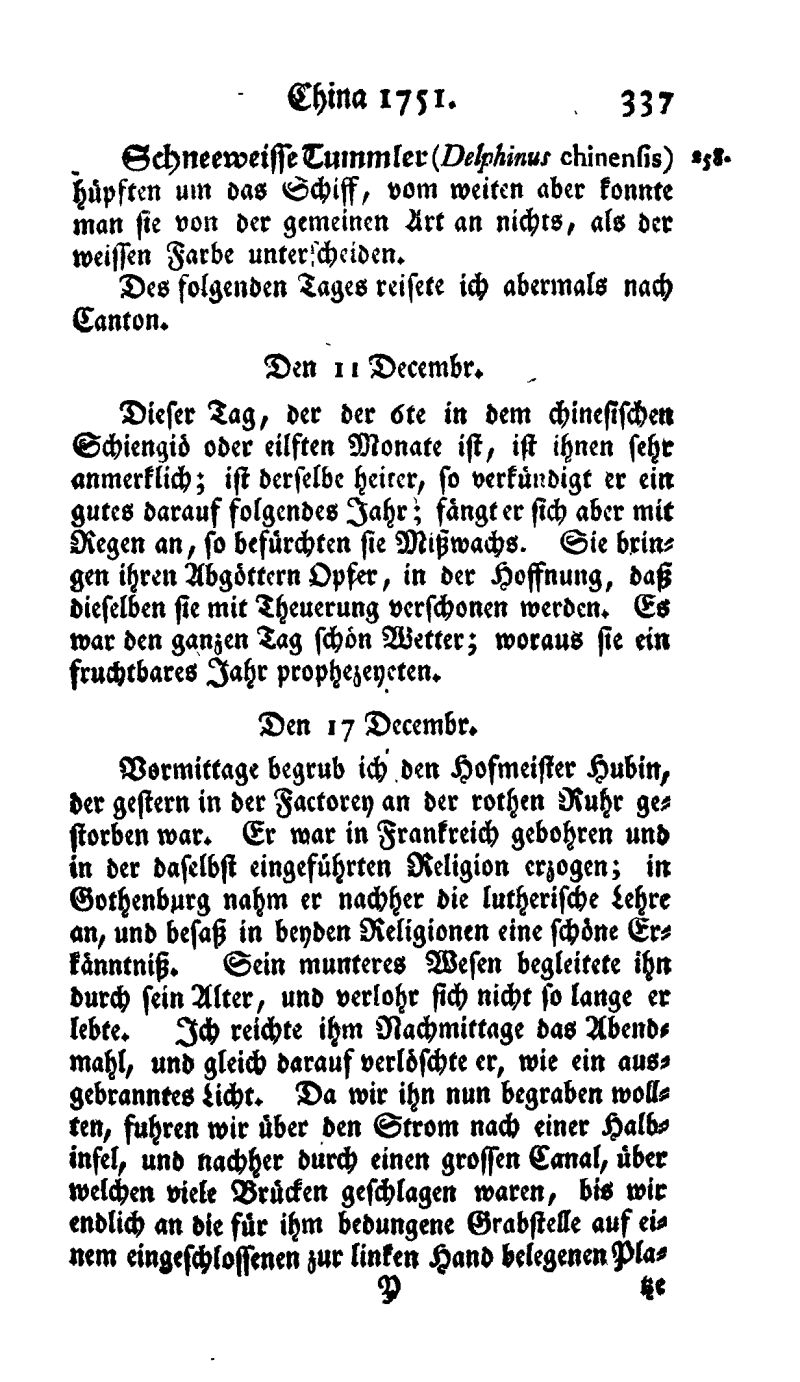 This page was authored by Yang Jia Qi